skip to main | skip to sidebar

As I thought, experimental error appears to be the culprit. You really need to be extra careful before you claim you observed something traveling faster than lightspeed. Unless of course it is the Millennium Falcon. Let's tighten those cables people!!! 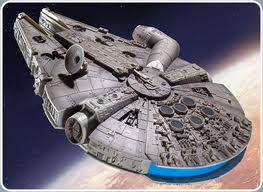 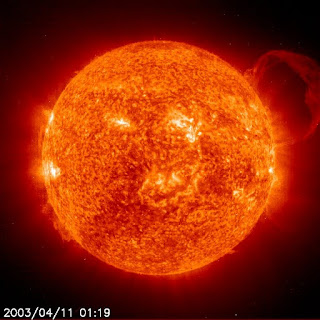 I hardly consider myself brave enough to challenge Einstein outright, so I figured that there may have been a little problem with error bars upon hearing about neutrinos traveling at superluminal speeds over in Europe. There certainly has been a lot of pushback including Einstein's theory of relativity itself - the clocks used to time the neutrinos departure & arrival times were moving.

What's a neutrino you may wonder? It's a subatomic particle with no electrical charge, very tiny but non-zero mass, and hardly interacts with matter. In other words, a neutrino is easy to miss as trillions pass through your body every single second. Where do they come from? Our sun produces them as it undergoes nuclear fusion deep inside that hot ball of gas.

Stay tuned as there is sure to be more back and forth between the OPERA group and doubtful physicists worldwide!
Posted by Dr. D at 7:07 PM No comments:

I read an article about the Vatican's recent conference on possibilities for extra-terrestrial life with interest. Rev. Jose Gabriel Funes, director of the Vatican Observatory, presented results of an astrobiology conference.
Astrobiology is a newer field studying the origin of life and its existence elsewhere in the universe.

Certainly a discovery of extra-terrestrials, would impact our view of ourselves enormously. Now whether they be friend as in E.T. or foe and in "V" (I can't believe V is back!), that's another story!

But apparently a discovery alien life would not be a problem for the Catholic Church. Funes maintained that if intelligent beings were discovered, they would also be considered "part of creation."
Posted by Dr. D at 1:55 PM 1 comment: 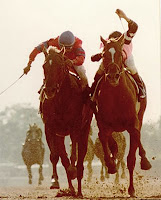 If horses could talk....what was Alydar saying to Affirmed? For me, May through June is one of the most irritating times of the year in terms of sports. It is the time of the seemingly endless NBA playoffs. Now there's a possible area of study in time dilation. Time dilation is the idea in special relativity that moving clocks run slow. In other words, time does NOT fly during the NBA playoffs! But the one bright spots at this time in the sports calendar is the Triple Crown. Saturday's Kentucky Derby was quite exciting as a 50 to 1 longshot Mine That Bird took the purse.

Here's a website discussing some physics of horse racing. Secretariat's speed was estimated to be 16.764 m/s or 37.5 mi/hr. Secretariat is a bit earlier than my memory can recall, but what an athlete! Yes I called him an athlete. If golfers are athletes, then certainly the greatest thoroughbred in history is too.
Posted by Dr. D at 8:26 AM 1 comment:

I am sure my students do not like it, but something about the end of semester makes me want to fly through chapter sections at warp speed. While it takes almost 2 weeks to get through chapter 1, I am planning to go through chapter 6 in 1 - 1.5 classes. I hope they are awake tomorrow.
Posted by Dr. D at 11:09 PM No comments:

If you are a young lady interested in physics you might consider applying to the University of Maryland's "Summer Girls" program. The Physics Department at UMCP has a program for rising 9th graders and rising 11th graders. Deadlines are in April and May. It is a day camp, so most participants have been from the Maryland/DC/Virginia area. Sounds cool though! Where was this kind of stuff when I was in high school?
Posted by Dr. D at 1:31 PM 2 comments: 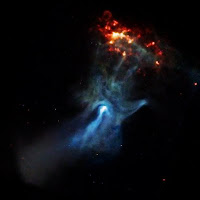 I'm always amazed by the objects in our universe. The x-ray nebula imaged by NASA's Chandra X-ray Observatory looks like a big hand reaching out towards a ring of knots above it. The color is of course fake - the lowest energy x-rays are red, while the highest energy x-rays are blue.

The bright blue spot at the center is a spinning neutron star, or a pulsar, PSR B1509-58. Neutrons are collapsed massive stars, in their dying phases as they have run out of fuel. They have huge magnetic fields and rapidly rotate causing them to generate fantabulous electromagnetic storms, driving away particles like electrons and ions.
Posted by Dr. D at 7:02 PM No comments:

Dr. D
I am a professor in physics at a small university. I have a great job, but am often seen as an oddity, being a female physics professor.